Rescheduled date: 1.21.21.  Original tickets will be valid for this new date

BACK AGAIN FOR THE SECOND TIME THIS YEAR (WE HOPE!!) 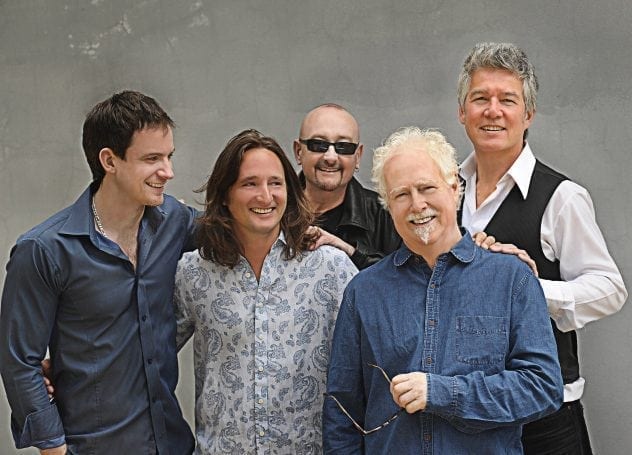 Former Family and Cockney Rebel guitarist Jim joined Rod Stewart’s band in 1977 and became his musical director, co-producer and co-writer. Cregan co-penned many hits with Stewart, including ‘Passion’, ‘Tonight I’m Yours (Don’t Hurt Me)’, and ‘Forever Young’. Jim is a world class guitarist and has written for many rock and pop stars (Rod Stewart, Joe Cocker, Art Garfunkel, Steve Harley, Katie Melua & most recently Lulu)  and his co-write ‘Brighton Beach’ on Rod Stewart’s last album ‘Time’ was released as a single and continues to have masses of airplay on BBC radio.

Ben Mills is an accomplished singer/songwriter in his own right and with this great band he plays a mean guitar too  He’s having a blast singing Rod Stewart’s back catalogue with the guy who actually wrote the songs …  putting his own stamp on the hits that everyone knows and loves….

Come and listen to the stories and share in the music that has formed the soundtrack to many of our lives for more than 30 years!

“If you can’t afford my tickets go see these guys…They’re just as good and half the price !!” – Rod Stewart

“Thursday’s headliners really took the bull by the horns; Jim Cregan (I can’t believe he is 67!) was up there smiling enjoying himself, smashing out those classic Rod Stewart songs he co-wrote, played on and produced.  Heads up goes to Ben Mills on vocals, third place finalist on X-Factor just shows what they know about music, this man is the real deal what a set of lungs! I wasn’t around to see Rod in his heyday (and I am 42!) but this I think is as close as I am going to get!” – Cambridge Rock Fest review 2013

“Together, they soar, that great Rod Stewart sound conjured up by the guys who created it.”  Southampton Review