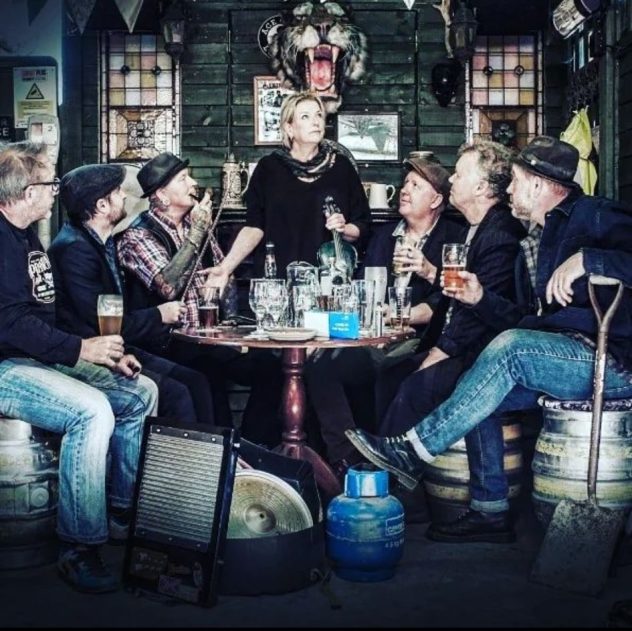 In 1992 when grunge was what every self respecting alternative music fan was into, a group of friends who decided to go against the grain formed a band that the likes of Dorset and the world had never seen. 20 odd years ago they started off by busking outside Debenhams in Bournemouth and then played their first gig at the Brunswick Hotel in Charminster. It was after that gig they received their first ever review too- on collection of their gear the following morning, they discovered the landlord’s dog had left a rather large message by the drum kit.

The band was put together from the ashes of skiffle outfit ‘Hoedown at Hanks’. a Cult tribute band ‘ Blue Rain’ and local upstarts ‘the Crunchy Tractors and quickly went onto busking outside more salubrious locations, Amsterdam Central Station, Copenhagen Homeless Hostels and Cherbourg docks to name but a few. As the band’s sound evolved with a mash of punk, country and rockabilly which brought together the band’s very own genre “Cowpunk”, proper gigs soon followed and then the festivals came calling..
The line up has seen many changes over the years but the founder members, Toni Viagra and Lamma are still there, along with newbies(!) Ffi, Krusty, Gypo and Aussie Mike who’ve only done the last fifteen years or so. 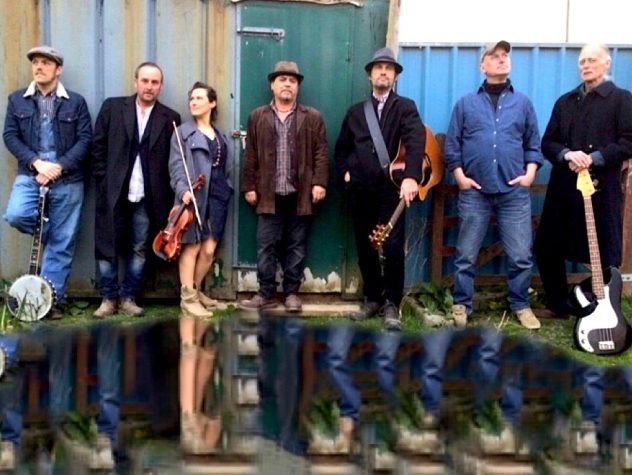 The Two Man Travelling Medicine show Dorset’s finest purveyors of Folk Punk Pop have steadily been building up a loyal following on the south coast for the last five years. Fairground sounds and dark biting lyrics are the flavour of the day with this bunch. Live gigs have been compared to the early days of The Pogues.

‘This is music forged in cow-shed rehearsal rooms and played on the back of a hired flatbed trailer at local country fairs. This. Is. The. Real. Deal.’ Dancing with Architecture blog

‘If you like The Felice Brothers, Dylan and Lou Reed then The Two Man Travelling Medicine Show are a band you should keep an ear out for’  The Moshville times (US)